Motorcycle Sideswiped By A Car

It’s motorcycle riding season so keep your head on a swivel!

Yesterday our office received a call from a  guy who was injured while riding his bike.  Happened near the shoreline when someone exiting a highway attempted to merge onto local traffic.  Problem is, they never saw him, thus, sideswiping him.

He went down.  Serious injuries.  No independent witnesses.  The passenger in the car gave a statement that they “never saw him…and that he must have been speeding.”  Based on that statement, the rider was cited.

We offered to help, obtained the police report, and reviewed it.  We then contacted the investigating officer and asked some pointed questions.  Result?  The officer is amending his report and removing the fault from our new client.

I should note here that prior to contacting L.A. LAW, this client had called two other law firms that claim to help riders.  They didn’t want to touch his case because it was going to be too much work.

When out riding on a motorcycle, you present a smaller profile making you harder to see.  Couple that, with the natural biases against motorcyclists, and you can find yourself being blamed for something that wasn’t your fault. 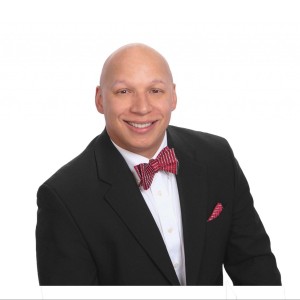 Attorney Lawyer A. Twillie II is a father, son,husband and personal injury attorney. He is experienced in personal injury, toxic tort, credit repair, and much more. If you have any questions or comments, don't hesitate to reach out.

Lawyer A. Twillie II is an attorney and owner of the Hartford, CT based law firm L.A. LAW, LLC. (and yes his first name actually is “Lawyer”)

Car Accident Because of Rain?

Please do not construe the information on this website as legal advice. Each and every case or situation is different requiring independent analysis.

Furthermore, the information contained on this website does not create an attorney-client relationship of any kind.

Prior results do not guarantee a similar outcome for you.

To learn more about me and the firm you can visit my About page.

Thank you for being social.